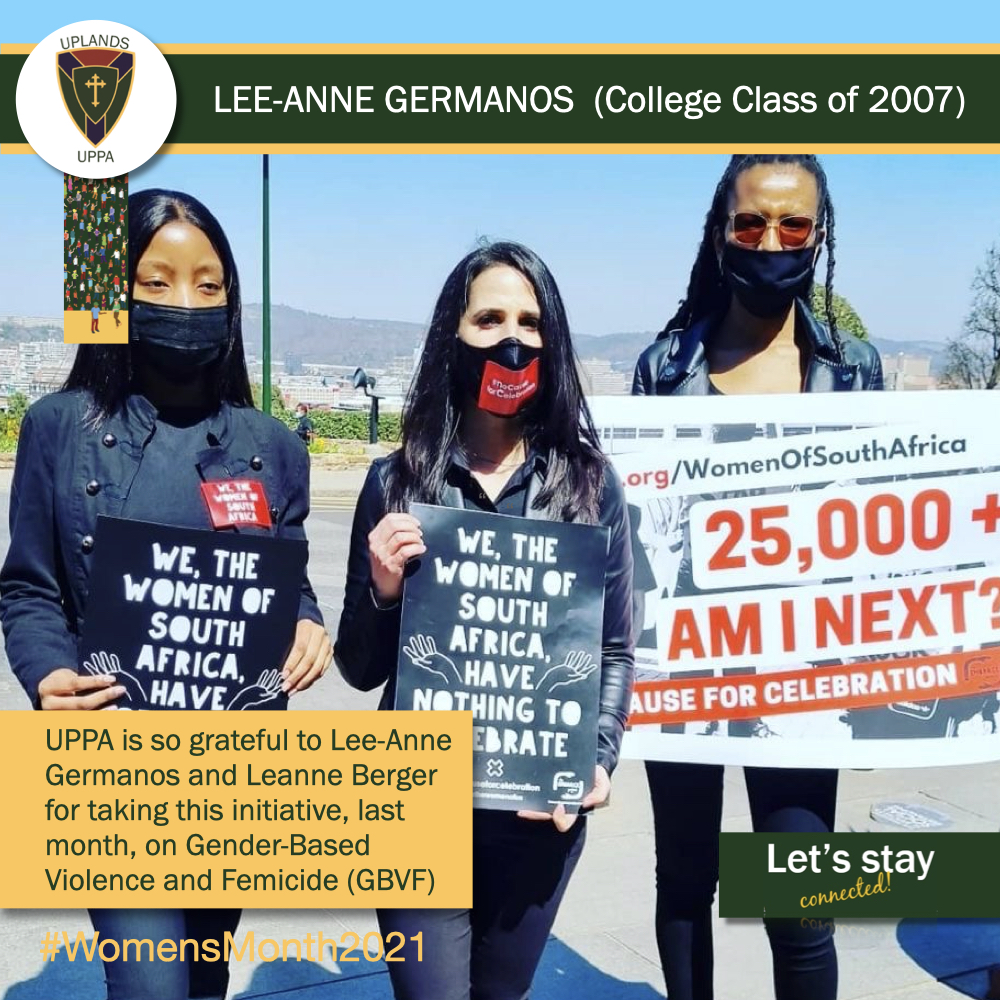 Lee-Anne and Leanne both took it upon themselves, in collaboration with Change.org, to hand over their petition to the Office of the Presidency. They managed to collect a whopping 28 000 signatures.

On the Instagram site of The Embrace Project (ZA) the following was posted: “The petition asks the President to account to South African women, and explain why there appears to be a lack of political will to eradicate GBVF (Gender-Based Violence and Femicide). Women’s Month has seen more women brutally and senselessly attacked and murdered”.

UPPA is proud of our Old Uplander Ladies who took this stand against injustice! 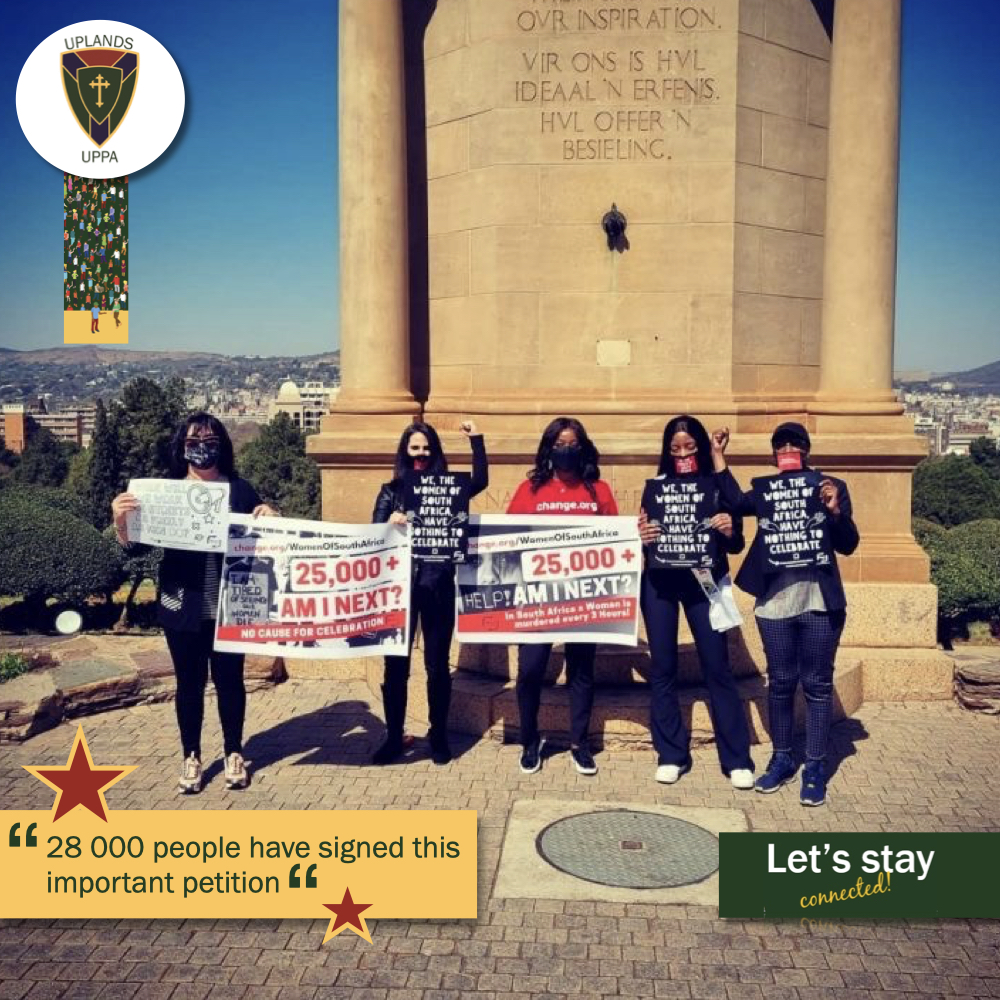 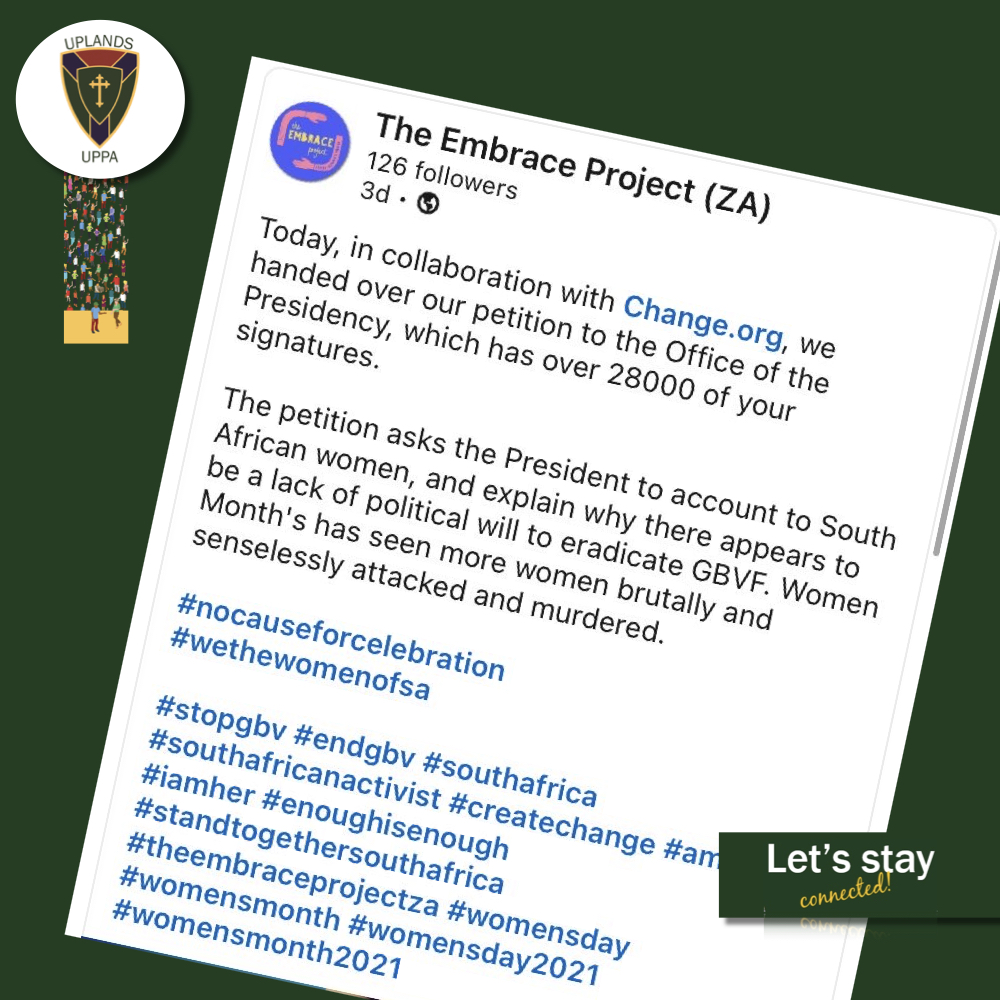 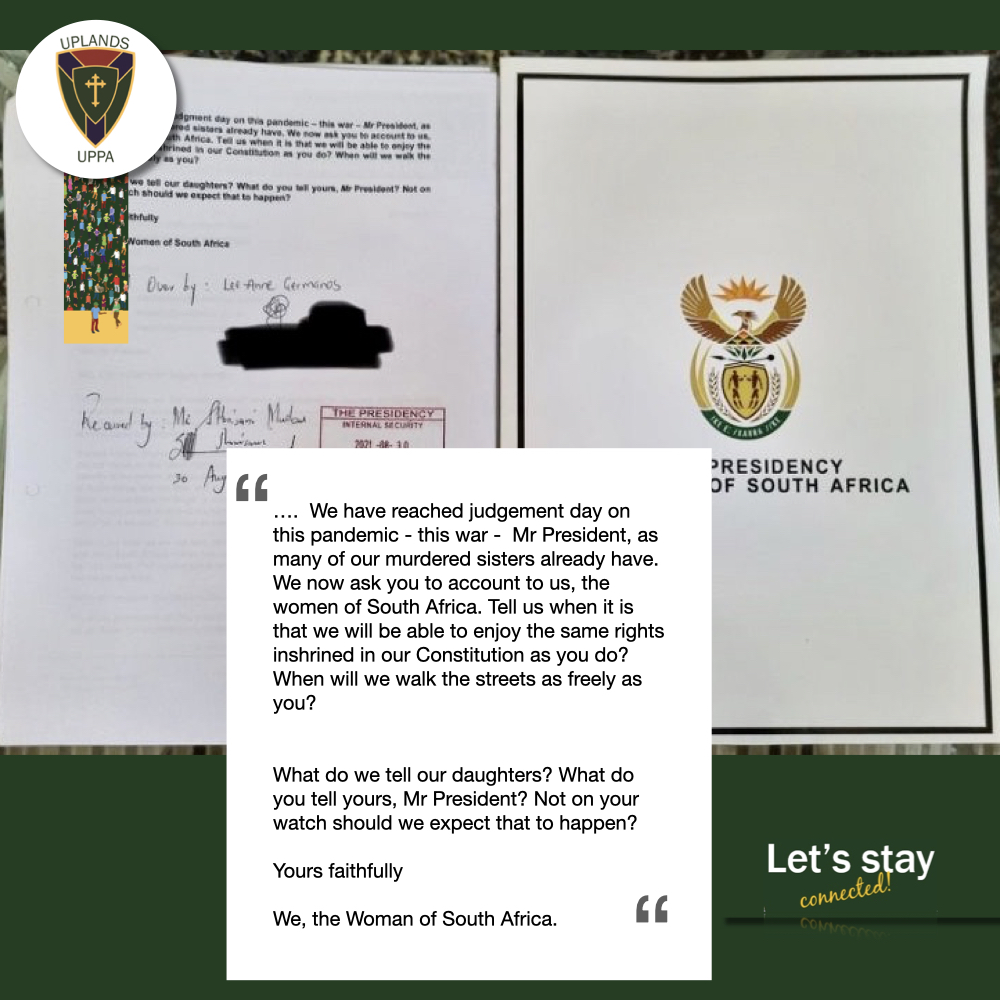 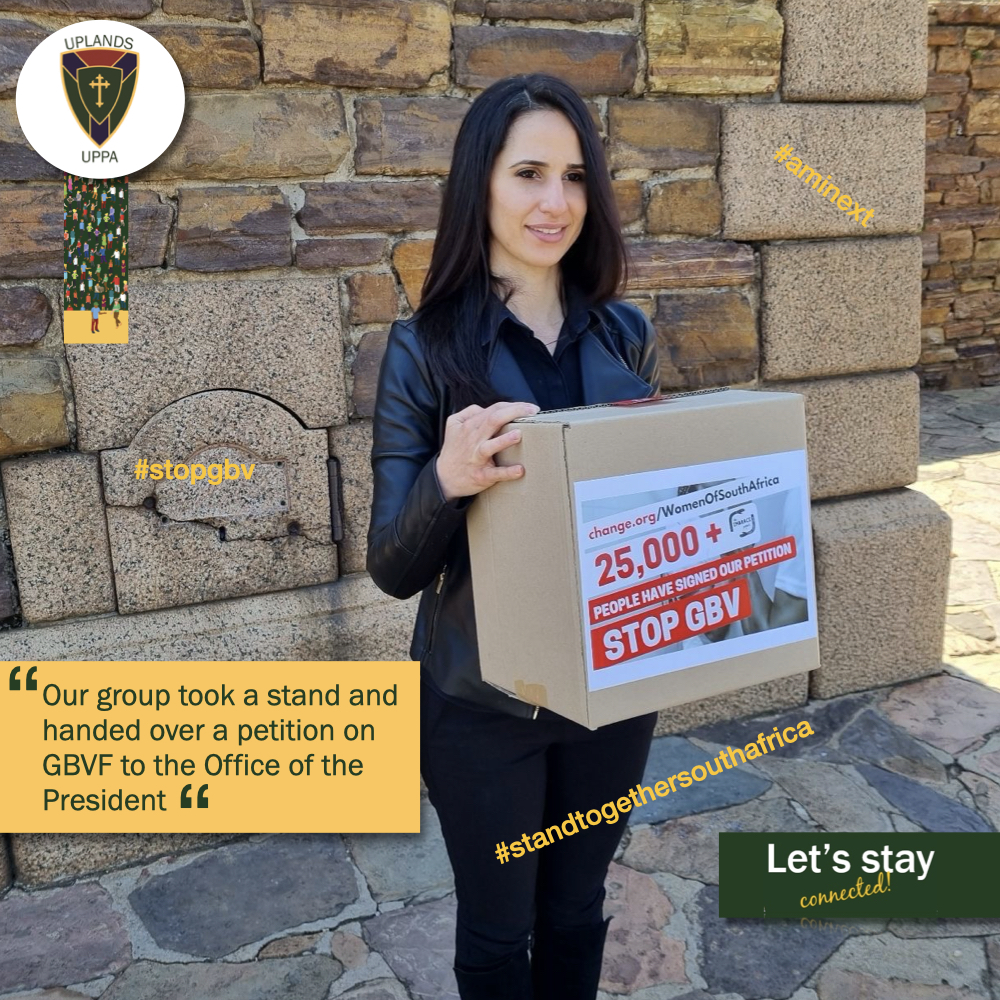