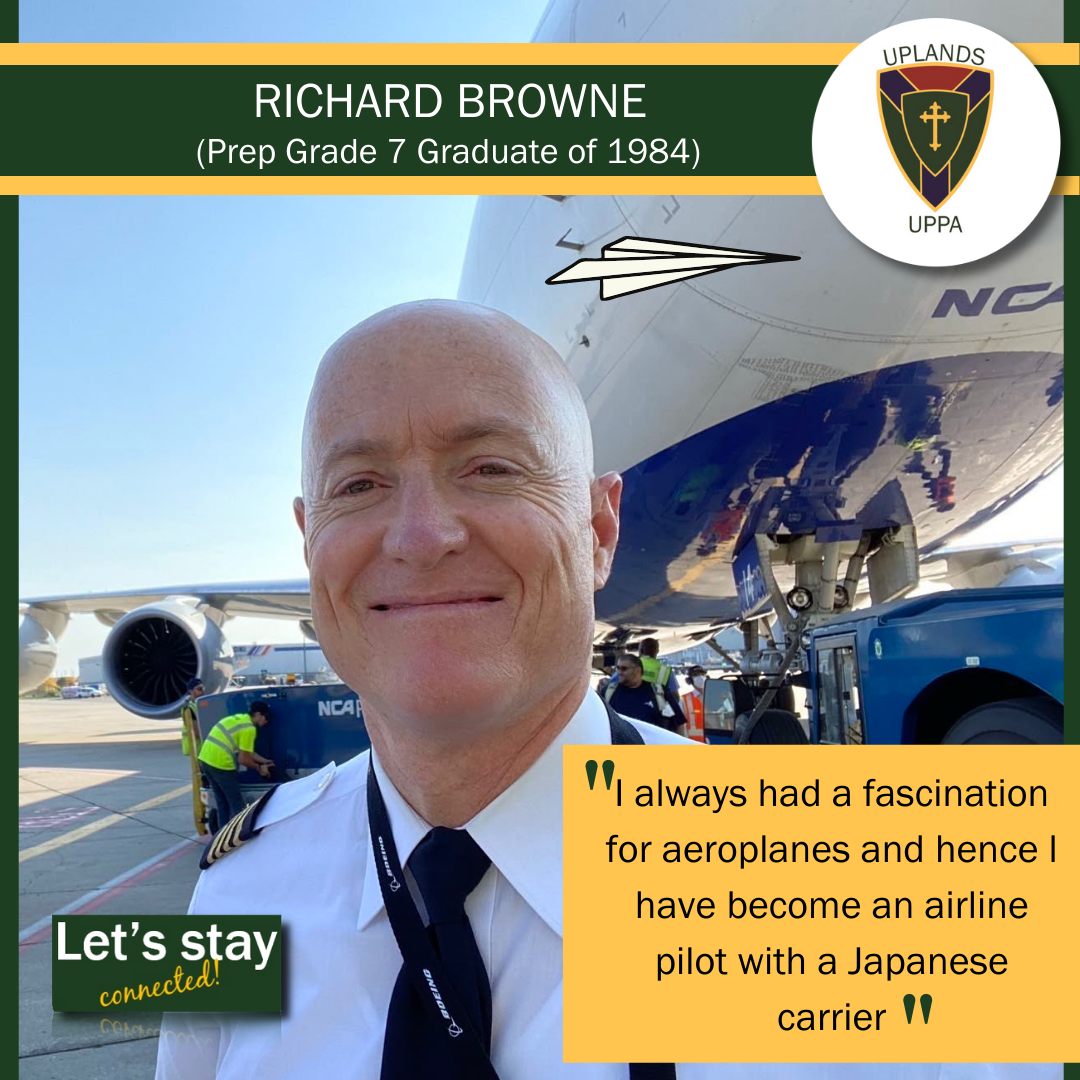 I attended Uplands from 1982 until Grade 7 in 1984. l joined the school late as we immigrated to South Africa from Rhodesia at the end of the conflict at that time. I immediately made good friends, my first in South Africa, being Charles Compton and his brother Victor.

I was a massive rugby fan and was disappointed it was not offered at Uplands at that time, so l played in a goalie position in the soccer team just in order to ‘use my hands’. Father John coached us and despite his hard-working methods, we still got thumped by almost every team we played. I do recall Mr Thorpe allowing us to play a short game of rugby and l got tackled by Rowena Tyson (our current UPPA Chair), and she was surprisingly ferocious!

Some of the better games, I remember, were when we travelled to Pretoria to play against WHPS or The Ridge. Little did l know that l would be joining some of those boys later at Pretoria Boys High School, and they remain friends to this day.

I always had a fascination for aeroplanes and hence l have become an airline pilot with a Japanese carrier, where l am currently employed. I am a Captain on the Boeing 747.

My wife and l live in Zimbabwe – we moved back “home” here, two years ago. 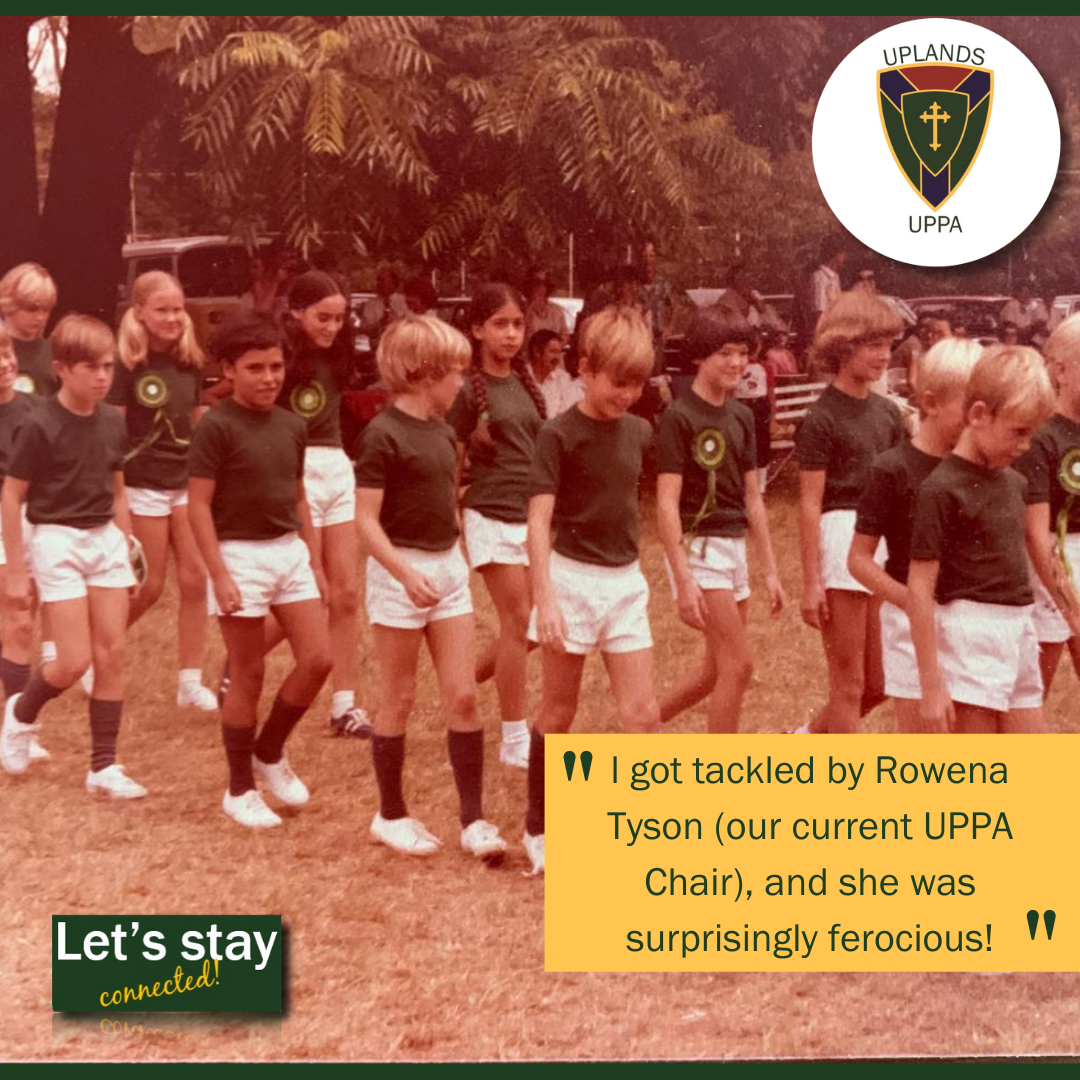 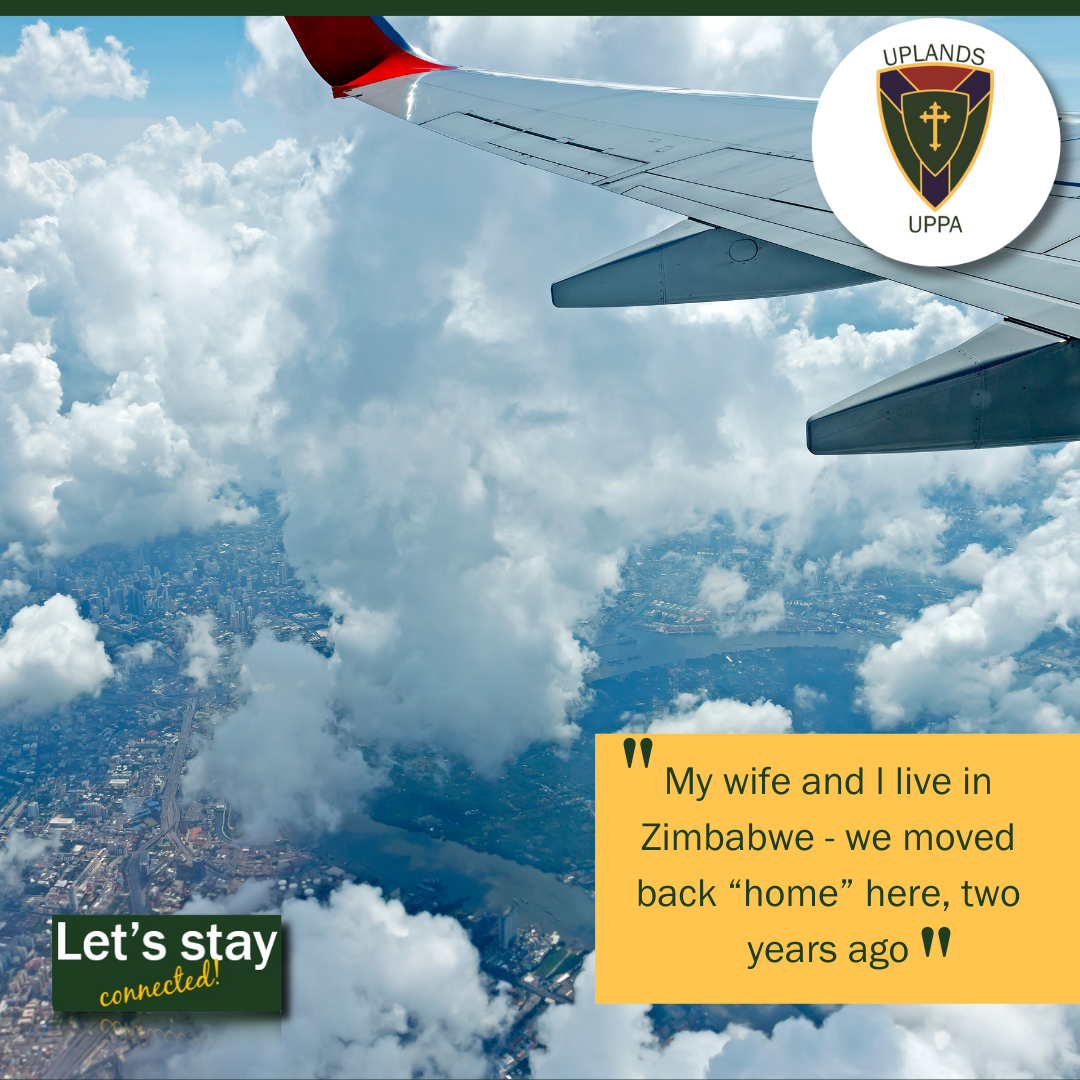