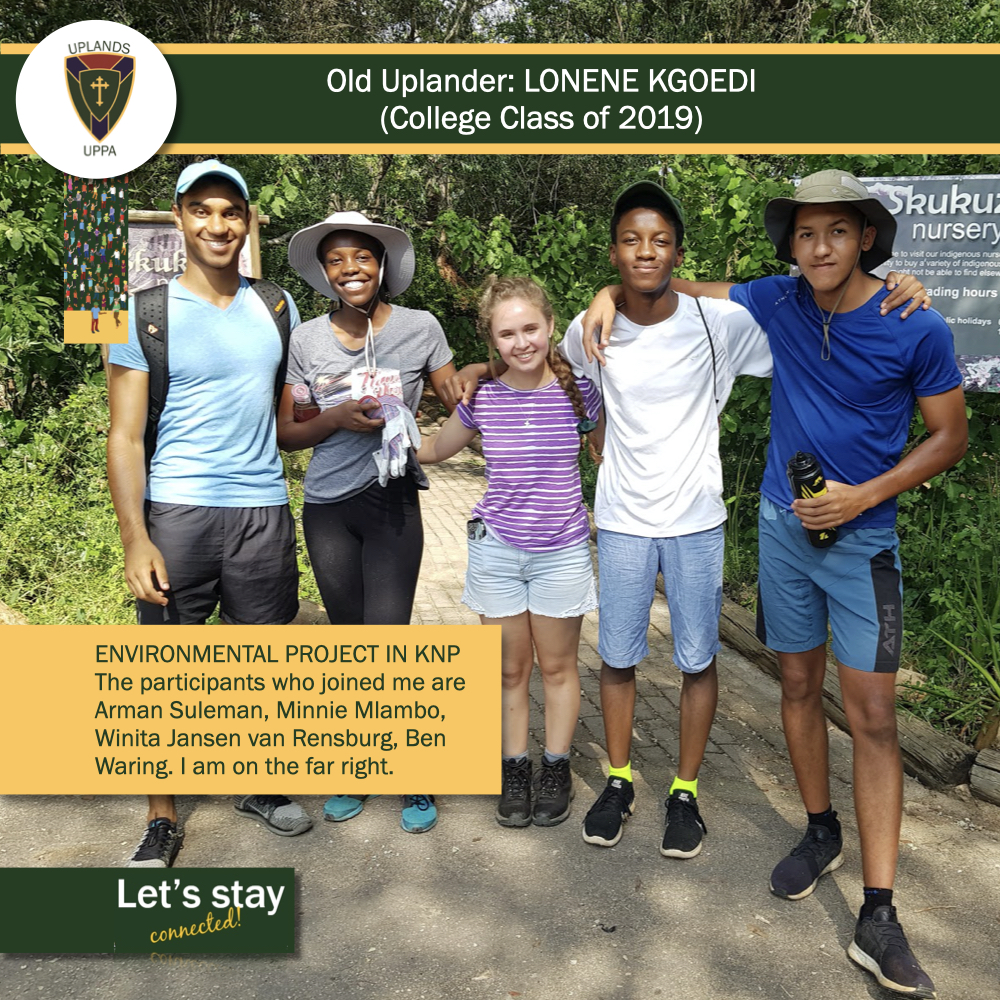 One of the tasks we undertook was to clean out the rhino bomas. Most of the rhinos had been orphaned and had stayed within the confines of the bomas for five to seven years, waiting to be relocated to a rhino sanctuary. They had become accustomed to the staff cleaning out the bomas and giving them food. We had an amazing time cleaning out bomas and mixing up their grass feed, whilst the rhinos were in the enclosures with us! We were rather nervous about the ‘large’ young orphans. There was also an injured black rhino in one enclosure, and we placed large leafy branches over the fencing to appear as overhanging trees, for the rhino to browse from. On the first day we arrived at the bomas, an elephant had pushed the huge palisade gate to the enclosed boma area over during the night!

We also packed over two hundred seed packets at Skukuza Nursery, which took three hours to do, whereas it usually takes the Nursery Manager, Meurel, some weeks to accomplish. She was extremely grateful for our help. We did some cleaning of the dog cages at the anti-poaching canine unit at Phabeni too, and also learnt about bird-watching in the Lake Panic Bird Hide. This trip was a tremendous highlight for me. 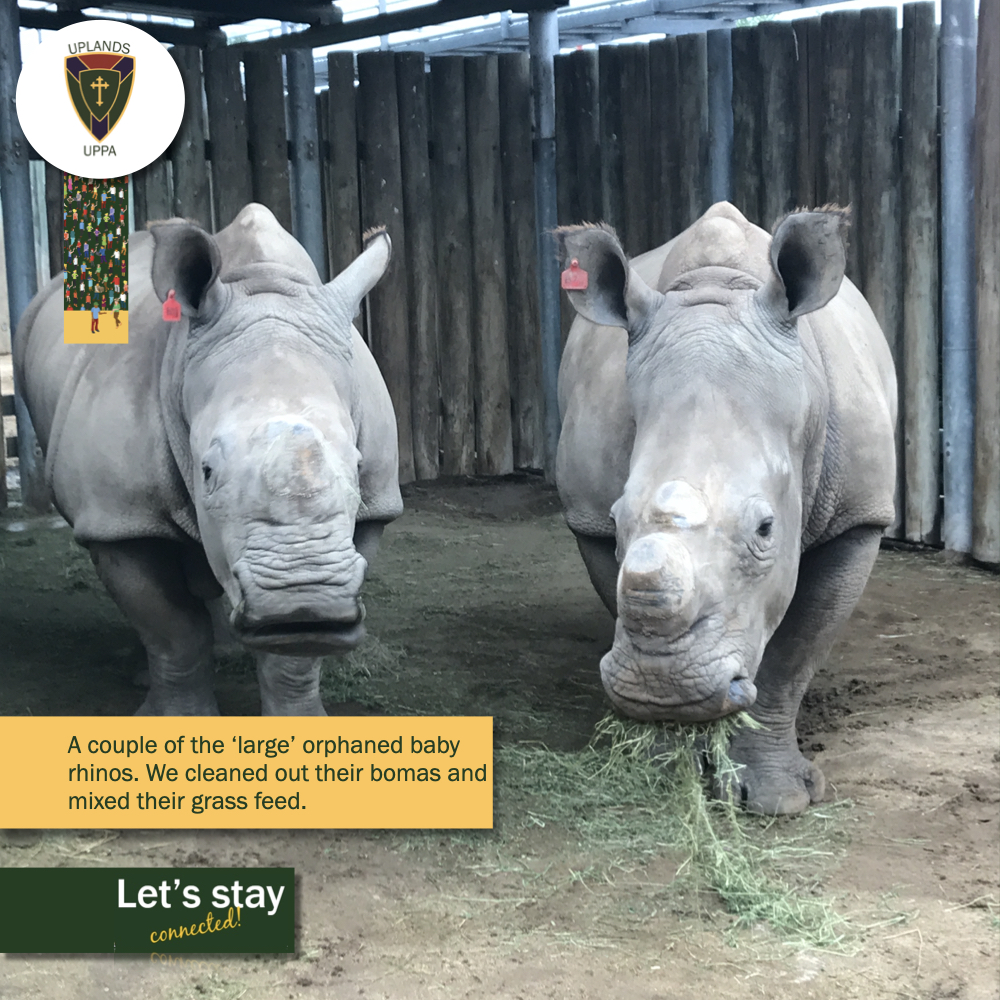 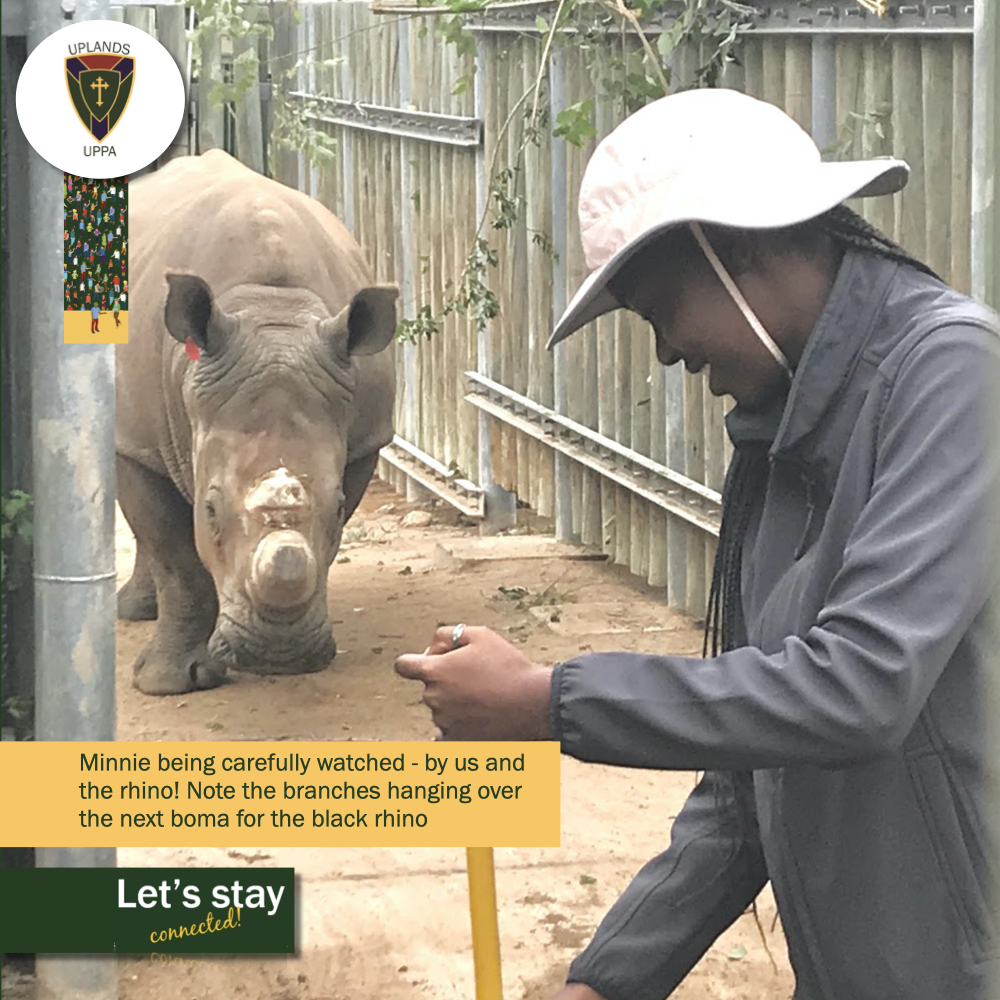 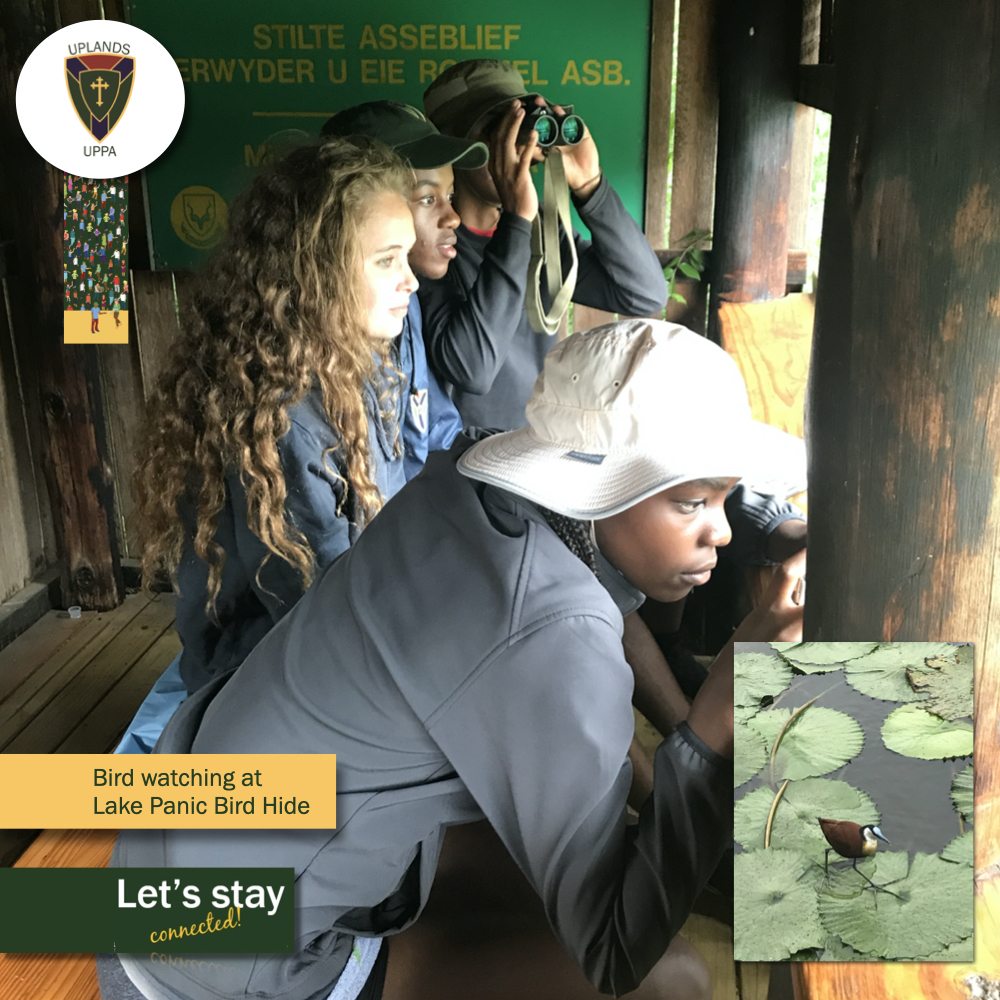 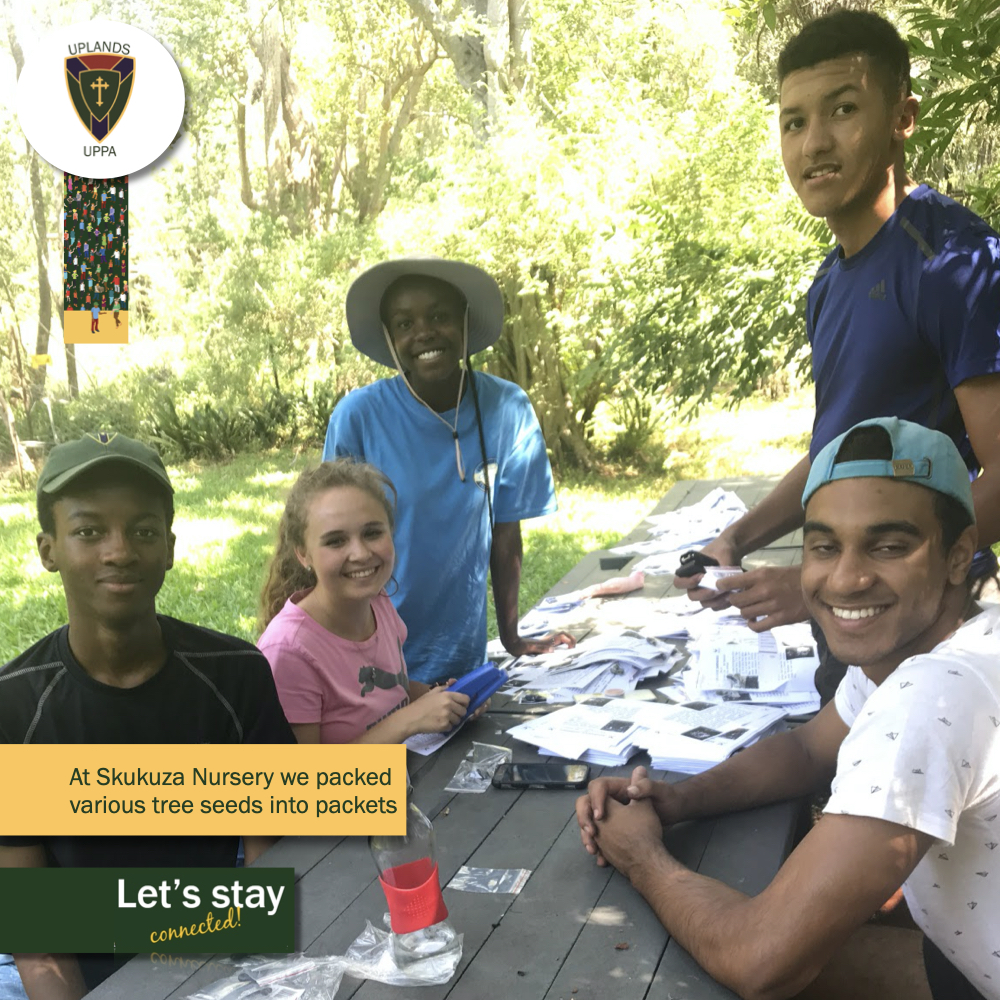